The Man From Aldersgate 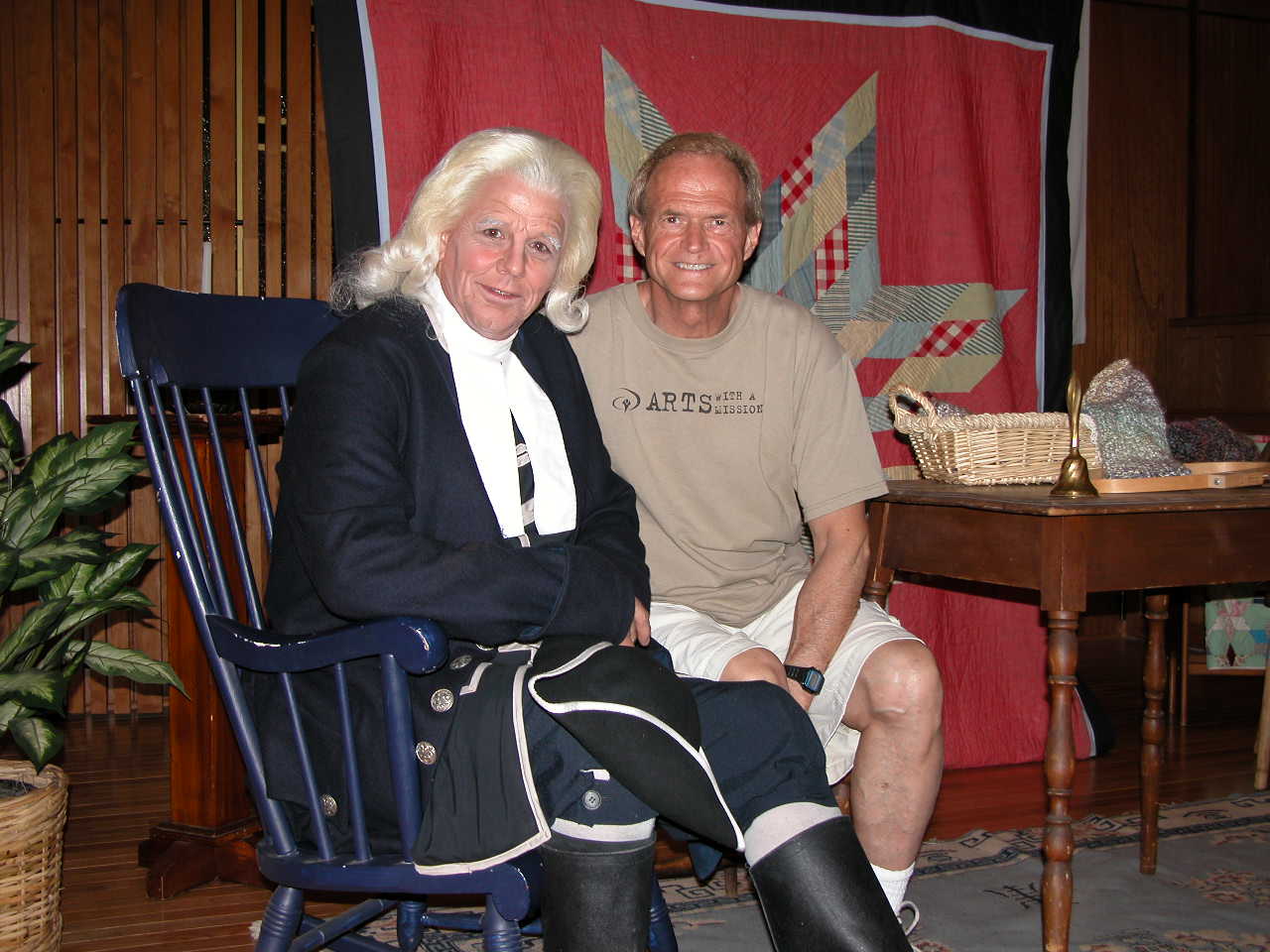 After serving 13 years as missionaries with Youth With a Mission (YWAM), BJ and his family moved from Kailua-Kona, Hawaii, where he served as the Director for the College of the Arts at the UNIVERSITY OF THE NATIONS. They arrived in Jackson, Mississippi, January of 2003 where he ministered at Belhaven College as Director of Development for the Arts, Annual Fund.

He has appeared in more than 50 theater productions throughout America and is now performing The Man from Aldersgate, compiled from the actual journals of John Wesley by playwright Brad L. Smith.

BJ Johnston brings John Wesley and his dynamic ministry to life. Having appeared in over 32 states, 6 countries and before 22 denominations, Johnston uses Wesley’s own words to tell how John’s faith in Jesus Christ sparked a revival that changed the history of England, America and much of the world.

Through God’s Word, Wesley exhorts his audience to live a more disciplined life of faith. You will gain new insights into the importance of prayer and how personal failure can teach you to trust Christ.

A resident of Jackson, Mississippi, Johnston retired from the faculty of Belhaven College to share the life of cleric, theologian and evangelist John Wesley, on the world’s stage.

John Wesley’s statement that the world was his parish has been a way of life for B.J. Johnston. Like Wesley, Johnston has spent most of his life working as a missionary using theater and music to spread the gospel. The difference now is that Johnston is doing this work while performing The Man from Aldersgate, a one man play, across the country. 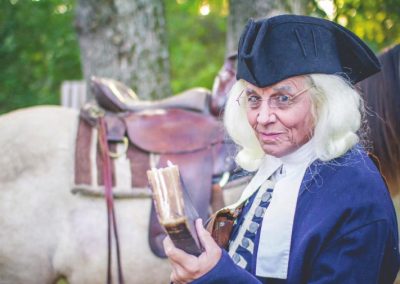 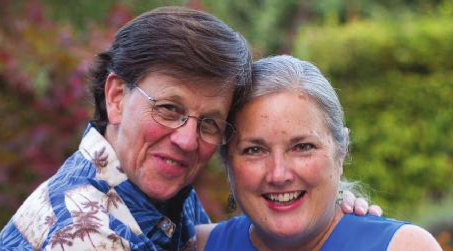 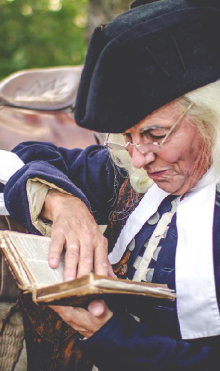 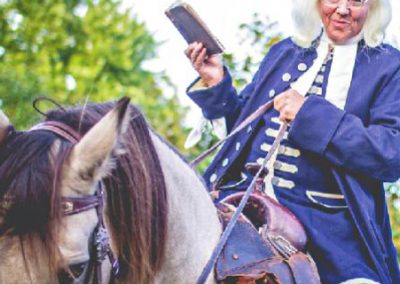 B.J. Johnston on horseback as Wesley 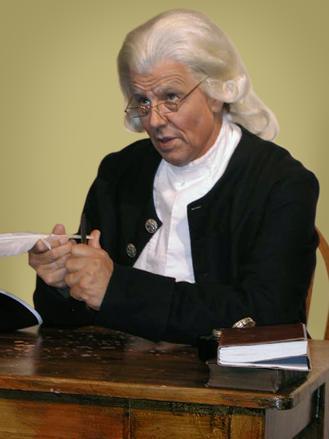 BJ Sitting at His Desk

BJ Sitting at His Desk 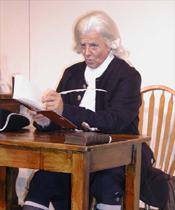 The Man From Aldersgate with BJ Johnston encourages spiritual renewal and presents an excellent opportunity to reach your community for Christ.

Wesley Shares Regarding These Topics:

• How his mother’s faith shaped his personal destiny
• How to share your faith with others in a personal manner, even at gunpoint.
• Nothing is more important than prayer.
• Religion is the most dangerous idol of all.
• Being a man of “One Book” means never departing from God’s Word!

John Wesley, born in 1703, probably did more to promote holiness than any other figure in British history. Through BJ Johnston’s performance of The Man from Aldersgate, you will experience the life and times of the man who rode over 250,00 miles on horseback to bring spiritual renewal to the English speaking world. For more on BJ Johnston’s portrayal of John Wesley, please visit BJ Johnston.